Yes, people from all across the world are fighting for Wikipedia! No, no not the real war or fight, they are fighting to edit it. Intense edit-wars are going on Wikipedia. The research conducted by Fox news, scientists from Rutgers University and University of Oxford revealed this interesting news. 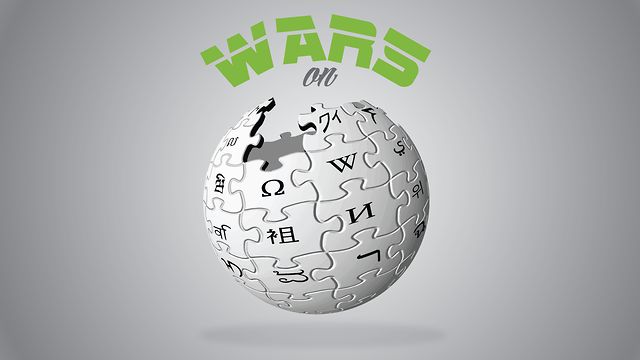 They revealed that, millions of wiki pages are changing every second and are undone by others. Wiki editors are most interested in editing the controversial topics like United Sates, Global Warming and topic like who words for World WrestlingEntertainment (WWE).

Below mentioned topics are the top ten most controversial topics on Wikipedia, which are revealed by the researches.
The research even says the most debated topics in all the editions of 10 other languages including Israel, Adolf Hitler, the Holocaust and God. Interesting war is going on isn’t it? And this is called as Knowledge war!!!

Since a year many people were using hashtags on Facebook. So, finally Fcebook decided to introduce click able hashtags in June, 2013. Already hashtags were so popular on Twitter, Instagram and Google+ for users to track the conversations and trends, but it has become revolutionary once facebook has introduced. 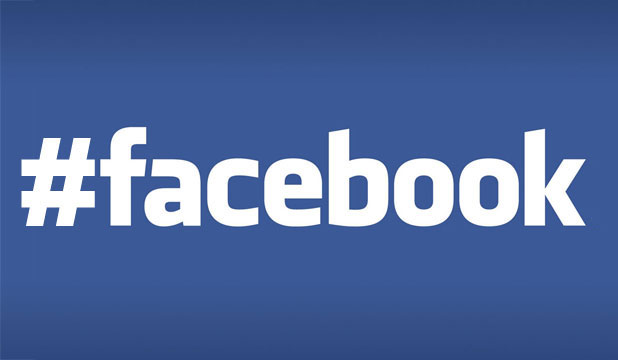 Once FB adopted hashtags, all top brands started experimenting with it. According to an Analytics Company “Simply Measured, more than 100 top brands have started using at least one hashtag in their post on Facebook. 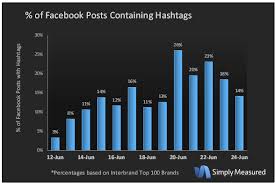 By looking at the data, one can easily make out, how brands use hashtags on Facebook. You too can do it in a same way to promote your business online.

I saw, I learnt

I am sharing what 'I Saw and I Learnt' at BlogAdda.com in association with DoRight.in. An initiative to “Do Right” by Tata Capital and organized by Blogadda, this concept gives us the opportunity to stop and think. Something happened, I saw that, and it changed me from inside. Something so influential, something that strikes your brain so hard, that it has now become an integral part of you.
Till the time I had seen this article, I was not conscious that we learn everyday, every moment from what we see. Its not like just we see and learn, its also that others see you. They learn from you. What are we showing them. Your good, your bad or just yourself.
The incident that I am going to narrate goes to back to my college days. I was carefree, fun loving guy, attending and sometimes bunking college and doing all types of mischievous things that is expected from a young blood. During my college days, and its common, I used to follow a girl. She was sweet, good looking, short height, fair and nice. From her looks only you could conclude that she was kind hearted. Soon, I did friendship with her, and with a bit difficulty, as she was a bit shy, I did friendship with her. One fine morning, I called her and asked “Hey where are you?”
She replied “I am in the building next to your college”. I tried hard to think, which building is there next to my college. I could not remember. I said to her “OK. I am coming. Please wait for me.”. She replied “Great.”.
I started my Splendor, raced out of my college to reach the next building as soon as possible. When I reached the gate of the next building, I saw that it was a small building, with some kids in blue half pant and red striped shirt playing inside the building. I thought it must be some small kids school and this girl came here for part time job. I was so arrogant.  I parked my vehicle, and straight away headed inside into the building. In the first only, I could see the directors chamber, with my girlfriend sitting inside it, talking nicely with the director.  She saw me and asked me to come in. I went inside and sat next to her. And this was the conversation going on:
Director: “Thanks a lot for your support”.
My friend: “No, its my pleasure. I love small kids and that’s why I came here.”
Director: “You work part time in a small news channel and then also you donate the major part of your income on these orphan kids.”.  I was shocked.
My friend: “No Sir. Its nothing like that. I don’t work for money and l like these kids. I will leave now.”
Director: “Thank you Beta. Do come again.”

Hats off to this noble lady.
The building was orphanage building  with the name Don Bosco Pyar. 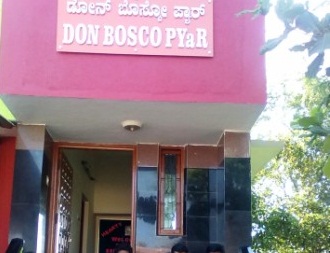 My friend does not belong to rich family and comes from a middle class family like most us. I studied in that college for four years and it was the first time I came to know that the building next to my college was on orphan home. She did not think to be generous. She was generous by nature. And its not only with her.
I have seen that females are generally more generous compared to males. It’s a feature God has imparted in them and they don’t need any extra effort to be that. It comes out of them instantaneously, spontaneously. From that day, I also tend to give someone, who comes with real slip stating that they belong to some NGO working for a noble cause. 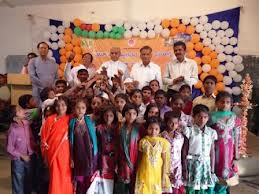 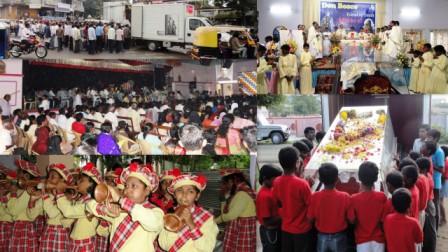 Road Trip : And that too PERFECT…!

Thanks to Indiblogger and Ambi Pur for giving such a wonderful opportunity to share my experience with all.

What do you think when the word ROAD comes in your mind. Street lanes, MG Road, or Highway.
This article is about the ROAD and does not tell anything about the destination. The Google India is flooded with articles on “destination”, that describes the place : like trip to Goa, trip to Kerala, trip to some Wildlife Sanctuary or lets say trip to Himalyas. The destination can be any. But there is one thing that is common in all the trips, the ROAD.
You will not find many articles that describes about the actual road and this article will be among the few that tells you about the road and how it made perfect trip.
Compared to flights or train, road trip requires guts. It requires spirit, determination and stamina to cover the journey by road. Your vehicle becomes your most trusted companion on road.
It was early morning Sunday, and I wanted to move out somewhere. My companion was my new Duster. Another  reason for this journey was to give my Duster a ride on the highway. I drove my Duster out of my apartment  and straight away headed towards the Mumbai Pune Expressway.


The destination was unknown. Rainy season, Mumbai Pune expressway and a smooth companion like Duster, you cannot demand anything more than this for a perfect road trip. Before leaving the town, I stopped near a roadside tea vendor to have a cup of tea.  A cup of tea was required to connect the neurons of my nervous system and I was all set for the ride. I also checked the fuel gadget, the fuel meter indicating the fuel level almost as full tank. 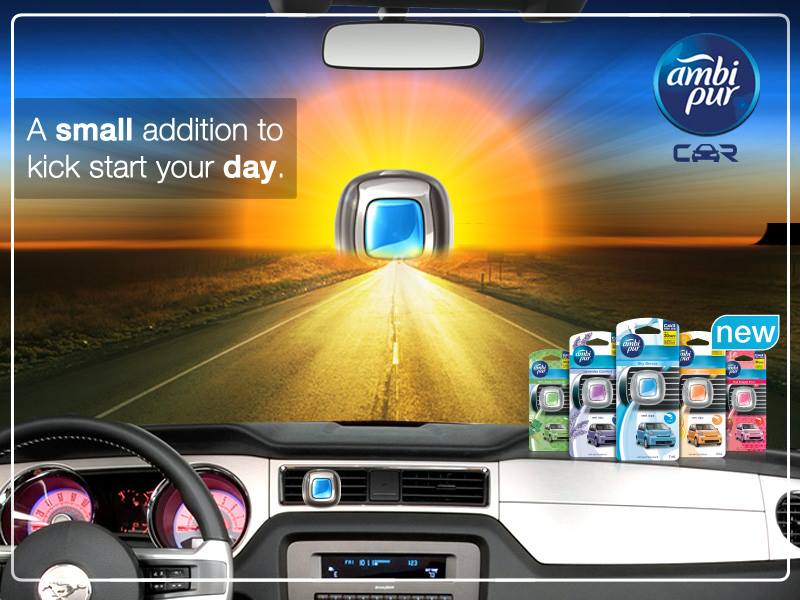 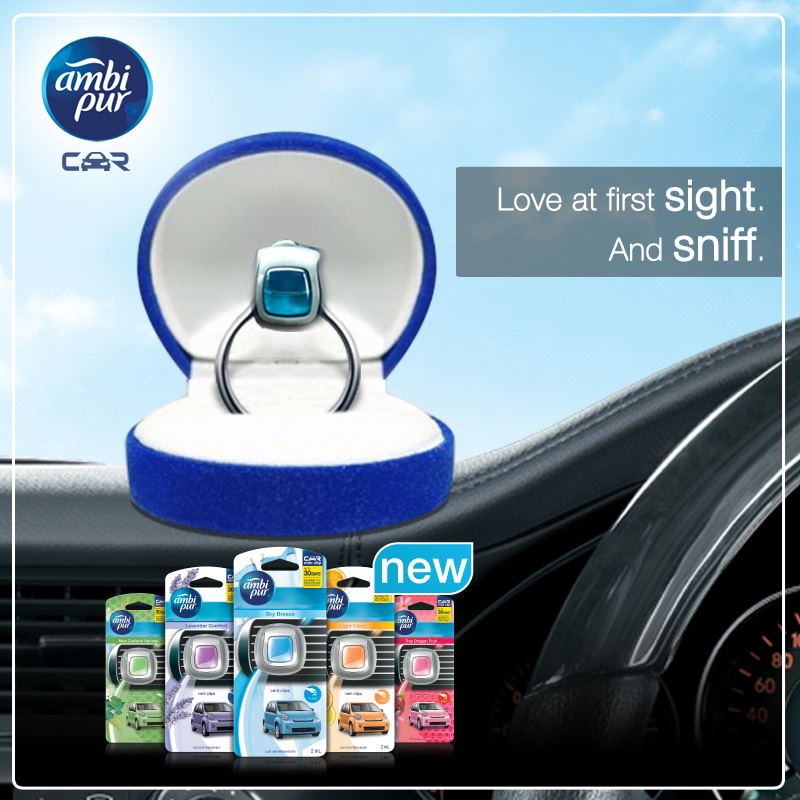 It took me less than thirty minutes to reach the Mumbai Pune Expressway and I was heading straight towards Lonavala at a speed above 100km/hr. 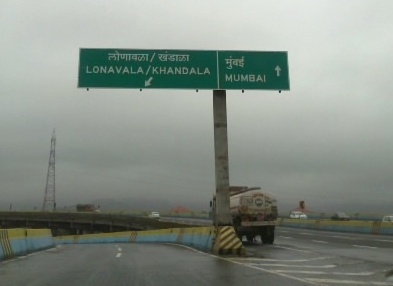 Light music  of Aashiqui 2 was delightful.  It was drizzling and rain wiper was moving briskly to remove the rain drops from the wind shield. I left the window slightly open and the throttling speed was gushing the moisture filled air on my face. I felt as if I was speeding in the air like a super human. You will find the journey in rain very different from the normal days. The vehicle in front of me was also moving at somewhat the same speed as of mine. The tyres, because of the speed, were catching the water on the road and converting it into a fog of water  thereby creating a very mystical affect. 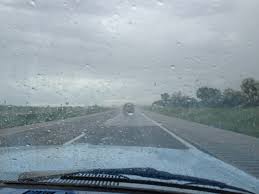 Soon I was in the Lonavala district and the sight was amazing. Thousands of waterfall all around you. Since I was not with anyone and there was no destination set, I diverted my vehicle off the highway into a small diversion. The diversion took me uphill. I was riding slowly and carefully understanding the risk. Green trees all around you, drizzling rain, and a sense of freedom. It was awesome. Just moving a bit ahead I stopped my vehicle as I felt that I had almost reached the end of the muddy lane uphill. 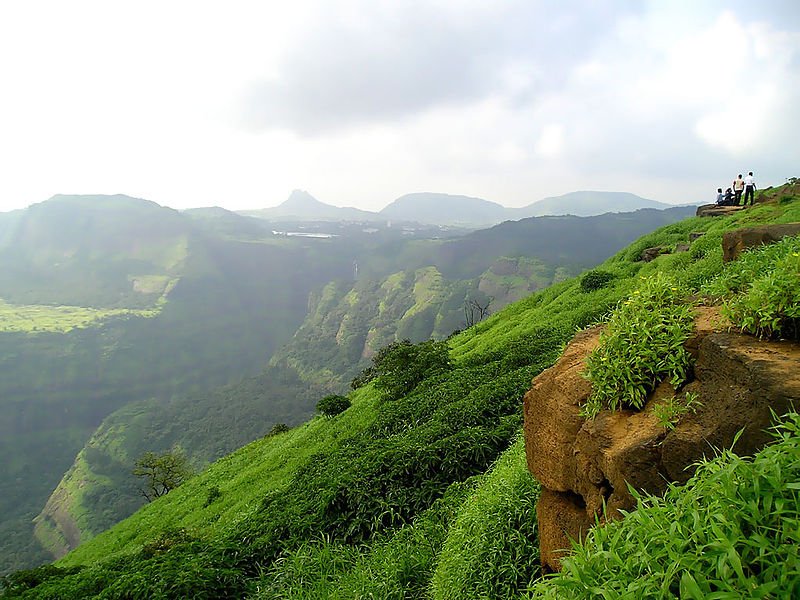 I moved out of my vehicle , and walked towards the end of the cliff. And there I could see one of the worlds most beautiful view. A quiet big waterfall, all greenery and no human crowd. The site was amazing and I knew that it was just because of the rainy season. 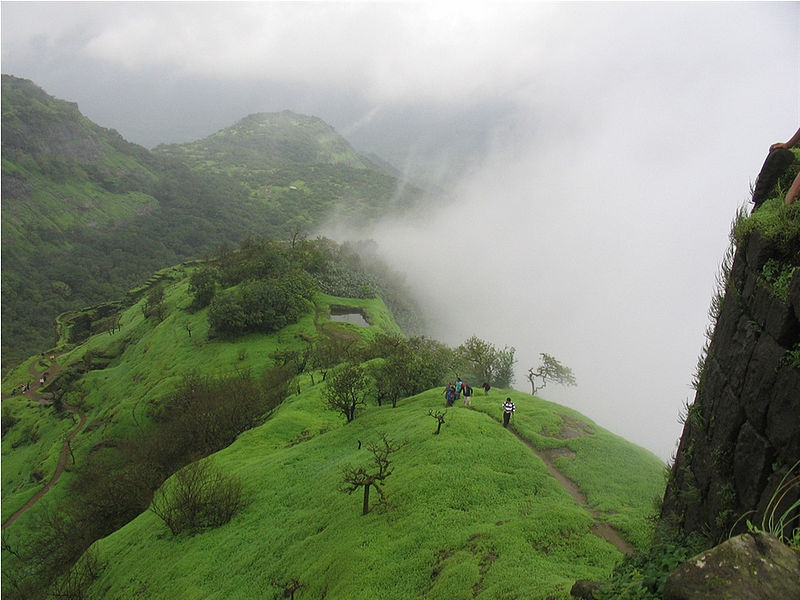 In normal days you will not find much over there. I took some deep breaths to fill my lungs as with as much as with the clean and fresh air around me. Took some beautiful snaps of nature from my iPhone. Journey like this becomes unforgettable.

Indiblogger and Ambi Pur, you guys are just awesome.

Have a look on Facebook’s latest update Graph search. This is how it looks. One can easily make out the major changes in this image.

FB even provides the suggested pages to like, if you haven’t liked any pages till now.

It gives a clear picture of you and your friends’ latest activities in seconds. Useful isn’t it?

Yes, Internet and Mobile Association of India (IAMAI) and Facebook have partnered to educate children on Internet safety. FB and IAMAI is about to launch internet safety education programme in India for students aged between 13-17 years. 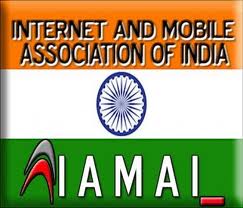 This will help students, teachers and parents on how to reap maximum benefits from internet and not compromising on their safety and security.  They not only train educators but also the NGO’s about the internet safety practices. 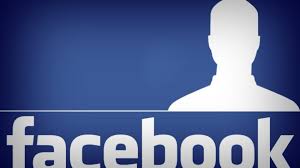 This programme will be starts from Delhi, Mumbai and Hyderabad, covers 18,000 students across 30 schools and institutions. Moreover, FB will develop the content and training material for regional languages. Key presentations and events will be live streamed via https://www.Facebook.Com/FacebookIndia.