It is really shocking that Indian Mujahideen (IM) is connected to social circles via twitter, which is claimed to be the “real” account of the jihadi group. But we must appreciate micro-blogging site twitter’s quick action; it has blocked the terror account immediately.

"The account — @IndianMujahidin — is suspended for violation of the Twitter rule," said a senior government official. But immediately after this the terror group has created another account and even taunted by tweeting "Dekhte hai tum log kitne accounts block karte ho” (let's see how many accounts you will block). 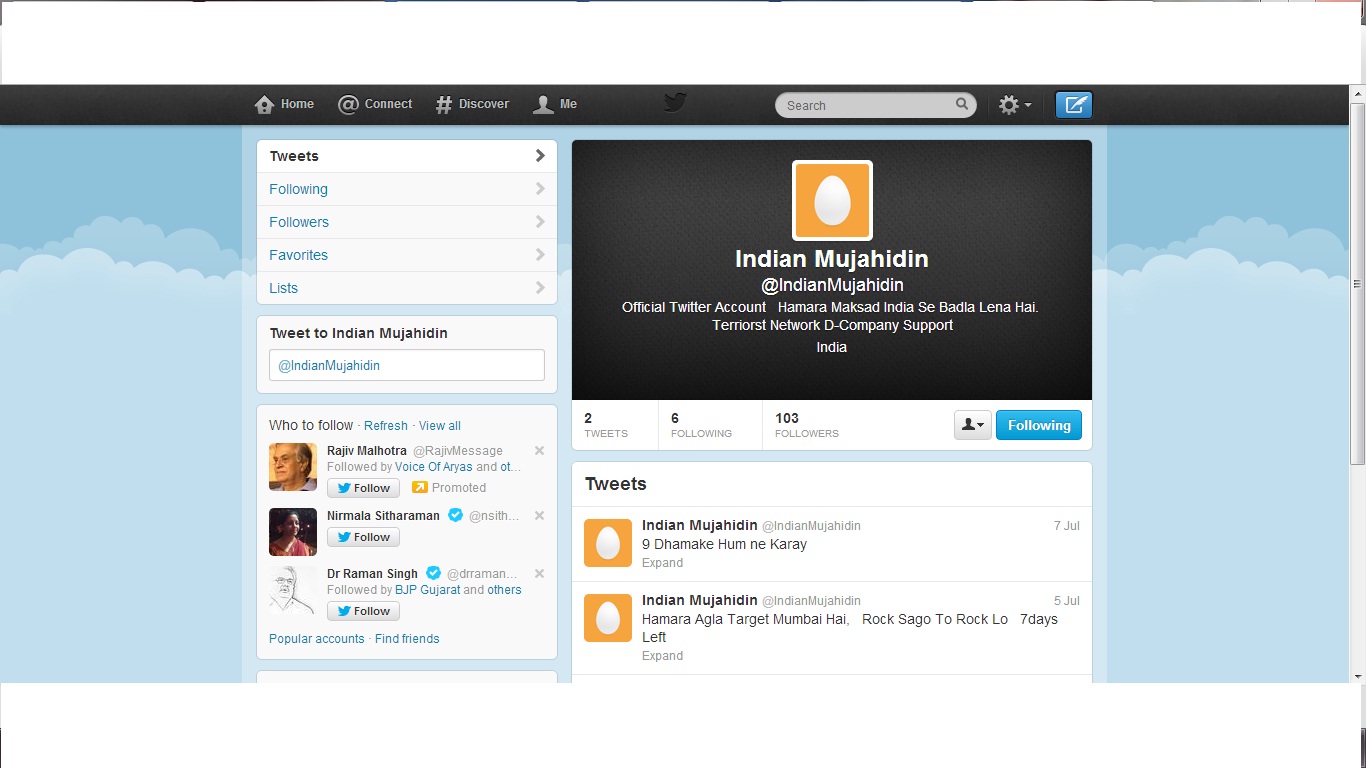 This is really scary!!! Social Networking sites are to connect with your social circles but these days social media is misused to promote terrorism. Hope these social networking sites takes quick actions to reduce the trauma and make better place to interact.